May 20: Day of Pentecost 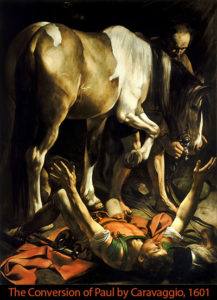 But the fruit of the Spirit is love, joy, peace, patience, kindness, goodness, faithfulness, gentleness, self-control; against such things there is no law. And those who belong to Christ Jesus have crucified the flesh with its passions and desires.

This week’s passage is on the fruit of the Spirit, but it is obviously connected with last week’s passage on the works of the flesh. Paul sees it as a kind of growth. People are fleshly and that’s how we all start. Remember, Paul’s use of “flesh” does not so much mean “sinful nature” as it does one’s life before and outside of Christ. In that sense, the flesh is the moral and corrupted “outer man” (2 Cor. 4:16). It’s helpful to notice this since his phrase “the desires of the flesh” means not merely physical desires (jealousy, fits of anger, rivalries, dissensions, divisions, envy) but the temptation of body and spirit as the “outer man” is exposed to the outside fallen world. This is an outright battle in Paul’s mind: For the desires of the flesh are against the Spirit, and the desires of the Spirit are against the flesh, for these are opposed to each other.

As the announcement of the gospel comes, God’s Spirit works in some people, and they are renewed. The first sign of renewal is faith in Jesus as the risen Lord. That’s a big move from death to life, and there’s something left behind in that death (“I am crucified with Christ…”). What’s left behind is slavery to the flesh and its desires. Instead, we bear fruit, and Paul says this fruit has 9 characteristics: love, joy, peace, patience, kindness, goodness, faithfulness, gentleness, self-control.

This is, of course, good news! Let’s keep in mind, though, while the Corinthians were called out on specific sins, there is no indication that the Galatians were actually engaged in the “desires of the flesh.” The point Paul is making is not to give them a list of sins not to do. The point is that if the Galatians get circumcised, they are emphasizing “the flesh,” which is putting themselves on a level with the pagan world all around.

Just like a little leaven leavens the whole loaf, that is, just a little giving in on the matter of circumcision is going all in, so giving in to this one fleshly thing will make them like the pagans who do such things who will not inherit the kingdom of God. Please understand that Paul’s point was not to tell the Galatians to improve their behavior at the threat that they wouldn’t inherit the kingdom of God if they don’t. Paul’s point is to say, like a little leaven leavens the whole loaf, and a little cut in the flesh might as well end in castration, so giving in to the Judaizers is tantamount to living as pagans!

In a similar way, he’s not saying that if you’ll try really hard to do these 9 characteristics of the fruit of the Spirit, then you will be worthy of the Kingdom. These are simply what comes from those who walk by the Spirit. Paul’s point is that circumcision and the associated works of the law are fleshly, and you can see the result in the Judaizers who have brought dissension and division in the church. Don’t be like them: walk by the Spirit.