January 15: The Second Lord’s Day after the Epiphany 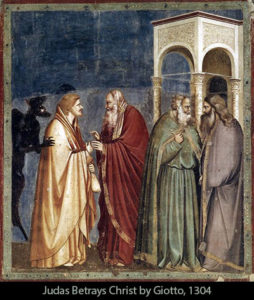 It was now two days before the Passover and the Feast of Unleavened Bread. And the chief priests and the scribes were seeking how to arrest him by stealth and kill him, for they said, “Not during the feast, lest there be an uproar from the people.”

And while he was at Bethany in the house of Simon the leper, as he was reclining at table, a woman came with an alabaster flask of ointment of pure nard, very costly, and she broke the flask and poured it over his head. There were some who said to themselves indignantly, “Why was the ointment wasted like that? For this ointment could have been sold for more than three hundred denarii and given to the poor.” And they scolded her. But Jesus said, “Leave her alone. Why do you trouble her? She has done a beautiful thing to me. For you always have the poor with you, and whenever you want, you can do good for them. But you will not always have me. She has done what she could; she has anointed my body beforehand for burial. And truly, I say to you, wherever the gospel is proclaimed in the whole world, what she has done will be told in memory of her.”

Then Judas Iscariot, who was one of the twelve, went to the chief priests in order to betray him to them. And when they heard it, they were glad and promised to give him money. And he sought an opportunity to betray him. –Mark 14:1-11

All through the Gospel According to Mark we’ve see Mark use what NT scholars often call “sandwich stories.” This is a brilliant literary device where a story or train of thought is interrupted by a seemingly unrelated story “sandwiched” in the middle. The center story is not a rabbit trail or losing focus, however, but purposefully put there to help the reader understand the outside story. In other words, they depend on each other, and if you miss the literary connection, you’ll miss the deeper meaning Mark intended. Some of these are plainly obvious after someone points them out to you, while others are not quite as clear but still identifiable. The passage above is yet another example.

Mark’s train of thought beginning in chapter 14 is mainly about Jesus’ death, and right out of the gate we see how Mark sandwiches the arrangement of Jesus’ death around His anointing by “a woman” with “very costly” ointment (nearly a year’s wages!). There arose a pious protest to the woman’s “wasting” the ointment on Jesus. It “‘could have been sold for more than three hundred denarii and given to the poor.’ And they scolded her.” Jesus, as usual, is hawkish about ostentatious displays of piety: “For you always have the poor with you, and whenever you want, you can do good for them.” If I were to paraphrase, it might sound like this: “If you guys care so much for the poor, then go give your own money to the poor. You take care of your money, and let this woman take care of hers.”

So we begin to see that there is a money theme emerging. Then in the “bottom” part of the sandwich, we are introduced to “Judas Iscariot, who was one of the twelve.” And look what he had in mind as he “went to the chief priests in order to betray [Jesus]…and they…promised to give him money.” They were “glad” or “delighted” with the deal, and so was Judas, because Mark indicates that Judas hopped right to it: “And he sought an opportunity to betray [Jesus].”

Mark does not explicitly tell us that Judas was one of the pious critics of the woman, but John 12:6 gives us the confidence we need to know that he was one of them: “[Judas] said this, not because he cared about the poor, but because he was a thief, and having charge of the moneybag he used to help himself to what was put into it.” What a scoundrel! There this woman is giving the best she had to honor Jesus. She gave herself to Him, and there is Judas condemning her for misusing money while getting ready to get paid to send Jesus to the cross. If he can’t sell the perfume for himself, then there is another way he can get his coin purse filled. No wonder Matthew records Jesus saying that it would have been better for Judas not to have been born!

All of chapter 13 is Jesus’ way of declaring that the Temple will be destroyed, and in chapter 14 we find Judas arranging to destroy Jesus (the true Temple). And Judas was successful—for a while. Of course, the Temple and Judas are nowhere to be found very shortly after this scene, all the way to today, but Jesus has been seen coming (to God) on the clouds. And that’s the gospel! Come hear it preached and enacted in the supper with Jesus this Sunday.