August 21: The Fourteenth Sunday after Pentecost 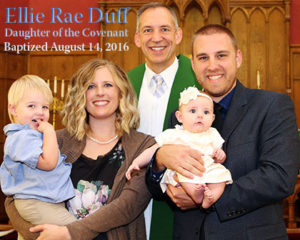 John said to him, “Teacher, we saw someone casting out demons in your name, and we tried to stop him, because he was not following us.” But Jesus said, “Do not stop him, for no one who does a mighty work in my name will be able soon afterward to speak evil of me. For the one who is not against us is for us. For truly, I say to you, whoever gives you a cup of water to drink because you belong to Christ will by no means lose his reward.

What is the salt of the earth? The passage above sounds a lot like the Sermon on the Mount, which is a remarkable thing to have documented for us. I say that because the Sermon on the Mount is a pre-cross sermon on what the good announcement of the gospel is. It’s about kingdom living—what it is to live in God’s kingdom that Christ has brought. Jesus’ own sermon doesn’t say anything about the crucifixion and resurrection, or about imputed righteousness, or even offer a private message for individuals to find salvation in Him. Instead it is a challenge for Israel to live other than the revolt-against-Rome way. “Do not resist persecution”; “turn the other cheek”; “go the second mile.” These are not invitations to be a doormat for Jesus, but warnings not to get involved in the ever-present resistance movement. Instead, Jesus’ hearers are to discover the true vocation of Israel—to be the light of the world, the salt of the earth.

Here again we find salt language. “For everyone will be salted with fire. Salt is good, but if the salt has lost its saltiness, how will you make it salty again? Have salt in yourselves, and be at peace with one another.” The context is still within the “little ones” teaching. This began in the middle passage of Mark 9: “And he took a child and put him in the midst of them, and taking him in his arms, he said to them, ‘Whoever receives one such child in my name receives me, and whoever receives me, receives not me but him who sent me.’” And then in the passage above, “Whoever causes one of these little ones who believe in me to sin, it would be better for him if a great millstone were hung around his neck and he were thrown into the sea.”

The disciples had been arguing about who would be greatest. Jesus answers with the little child, the powerless one in the world. Now we get more description: it’s a person who is, in my word, “salty.” Who are these salty people who are also at peace with each other? Unfortunately, I once taught (because I read it in a book) that people in the ancient world did not use salt for flavor, but to preserve things. It’s like a myth or legend that is summarily accepted by modern preachers. We only need to see Job 6:6 to find the truth of the matter.

God states that He likes grain offerings better with salt in Leviticus 2:13. The priests even salt God’s offerings, and so God gives a “covenant of salt” in Number 18:19. There are numerous other examples, but suffice it to say for now, sacrifices presented to the Lord should be accompanied with salt. And now Jesus is telling us not to lose our saltiness, but to “have salt in yourselves.” In the New Covenant, we are to offer our bodies as living sacrifices. How do we have salt? We receive the little ones and humble ourselves (not seeking powerful seats and places). That means we put all envy away and live like our King. He turned the other cheek; He went the second mile; He took up the cross, is the light of the world, and the salt of the earth. He defeated evil by letting it do its worst to Him. That’s salty. And that’s the gospel!