August 23: The Thirteenth Sunday after Pentecost 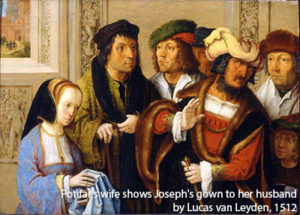 These all died in faith, not having received the things promised, but having seen them and greeted them from afar, and having acknowledged that they were strangers and exiles on the earth. For people who speak thus make it clear that they are seeking a homeland. If they had been thinking of that land from which they had gone out, they would have had opportunity to return. But as it is, they desire a better country, that is, a heavenly one. Therefore God is not ashamed to be called their God, for he has prepared for them a city. –Hebrews 11:13-16

There is an incident burned into my brain. See, I grew up in the country, and when country folks of ruddy neck want to get rid of things, they sometimes have a ditch in the woods to deposit such items. For those who really know, there is even what appears to be a small parking lot back in the woods littered with old cars that don’t run anymore. Such was the case in the adjoining property with my dad’s land.

The owner had several old trucks back in a clearing, and some kids who lived down the road thought it would be fun to toss bricks through the windows of those trucks. When discovered some weeks later, the owner heard that my brother and I had engaged in the vandalism. (Mind you, they were worthless junk, but still they were his worthless junk.) The owner came into my dad’s shop and began accusing us of the wicked deed with harsh language and demands. I was horrified as I overheard the conversation, but my dad said he would talk to us about it and get back with this merciless prosecutor at a later time. The man barked out words that are hard to forget: “I hope you’re ashamed of those hoodlums you call sons!” To which my dad replied words now indelibly imprinted in heart, “No, I’m proud of my boys, so you go find your way home.”

I think that’s remarkable. This point is, of course, that God is not ashamed because He had prepared that city for them. The writer introduced the City of God in the verses just prior to these. Where is this city? Certainly it is much more than poor, beleaguered Jerusalem! It is the “heavenly Jerusalem” (12:22; Rev. 3:12, 21:2, 10) –which isn’t the immaterial heaven most people today think of:  It is coming down from heaven to earth as part of God’s whole project of recreating, and so reuniting, all creation. Hope in that, and God is not ashamed to be called your God.  And that’s the gospel!