June 7: The Second Sunday after Pentecost 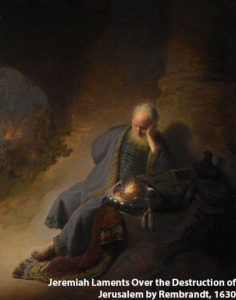 But as it is, Christ has obtained a ministry that is as much more excellent than the old as the covenant he mediates is better, since it is enacted on better promises. For if that first covenant had been faultless, there would have been no occasion to look for a second.

For he finds fault with them when he says: “Behold, the days are coming, declares the Lord, when I will establish a new covenant with the house of Israel and with the house of Judah, not like the covenant that I made with their fathers on the day when I took them by the hand to bring them out of the land of Egypt. For they did not continue in my covenant, and so I showed no concern for them, declares the Lord. For this is the covenant that I will make with the house of Israel after those days, declares the Lord: I will put my laws into their minds, and write them on their hearts, and I will be their God, and they shall be my people. And they shall not teach, each one his neighbor and each one his brother, saying, ‘Know the Lord,’ for they shall all know me, from the least of them to the greatest. For I will be merciful toward their iniquities, and I will remember their sins no more.” In speaking of a new covenant, he makes the first one obsolete. And what is becoming obsolete and growing old is ready to vanish away. –Hebrews 8:6-13

Some of the most dramatic scenery I’ve ever experienced in the American southwest comes as a result of the power of the Colorado River, including the Grand Canyon, Lake Powell (Glen Canyon Dam), and Lake Mead (Hoover Dam). It is the sole source of water for California’s Imperial Valley, one of the most productive agricultural regions in the world. These are all very impressive. Several years ago, Kristen and I took a vacation to Rocky Mountain National Park. We were wandering around a marshy area near LaPoudre Pass called the Kawuneeche Valley when we saw a sign that said “Headwaters of the Colorado River.” It was hard to imagine that a river as grand as the Colorado began in an uninspiring marsh. There are many creeks, streams, and other rivers flowing into the Colorado to make it what it is.

I think the book of Hebrews is a like that. In the first 2 chapters there was a marshy area with a bustle of Older Testament quotations to point out that Jesus, the Messiah, was God’s one and only Son, and, therefore, superior to the angels who have the law. Another big stream flows into chapter 2 using Psalm 8 to show that Jesus is the truly-human being who has attained the dominion over creation that God intended for us in the beginning. More tributaries flow in with chapters 3-4 as Psalm 95 and the Sabbath rest which still awaits us is brought forward. There’s a huge dam creating a massive lake near the end of chapter 4, where Jesus as high priest begins. Psalm 110 is used to show was how Melchizedek tells us critical information about who Jesus is. This subject continues into chapter 8.

Here in chapter 8, we find the longest bible quote of the whole letter, Jeremiah 31:31-34. It is well-known to most Christians as the “New Covenant.” Of course, we’ve seen for a while that it is older than the Old Covenant, thus they run concurrently. The difference is that the Old was a shadow or copy of the New and the New would be revealed, enacted, and fulfilled when Messiah came. And He did, and it was.

Because the New says I will put my laws into their minds, and write them on their hearts, obviously the exceeding sinfulness of sin and need for forgiveness would come up. That’s the point. As Jesus has sat down at the right hand of Majesty, so he does as our high priest ensuring that forgiveness is ours. The copy, and shadow, is becoming obsolete and growing old…ready to vanish away because Christ has come pouring out His Spirit. And that’s the gospel.