June 28: The Fifth Sunday after Pentecost 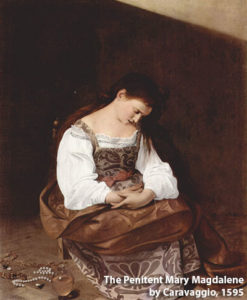 Thus it was necessary for the copies of the heavenly things to be purified with these rites, but the heavenly things themselves with better sacrifices than these. For Christ has entered, not into holy places made with hands, which are copies of the true things, but into heaven itself, now to appear in the presence of God on our behalf. Nor was it to offer himself repeatedly, as the high priest enters the holy places every year with blood not his own, for then he would have had to suffer repeatedly since the foundation of the world. But as it is, he has appeared once for all at the end of the ages to put away sin by the sacrifice of himself. And just as it is appointed for man to die once, and after that comes judgment, so Christ, having been offered once to bear the sins of many, will appear a second time, not to deal with sin but to save those who are eagerly waiting for him. –Hebrews 9:23-28

Twenty-something seminary students can be a little hard to take at times. Knowledge puffs up, and all the more so in young men. I remember quite well from my seminary days hearing guys in the student lounge earnestly discussing if God was limited by 1+1=2, or if He knows what time it is since He is timeless. Seriously. That happened, and I bet it’s still happening today.

Speaking of time, God is outside of time, not limited by time, but He has chosen to create time and work within it. The passage above depends on it because there is a day—rather 2 days—of great importance. The first day was the day when Christ entered into heaven itself, now to appear in the presence of God on our behalf. The text says there was nothing repeated about it, but He has appeared once for all at the end of the ages.

Interestingly, for the writer of Hebrews, Jesus has already done this, so the end of the ages has past. As I’ve preached from the scriptures many times before, we live in the last days. The present age (9:9) is over, and the Old Covenant with it, and now we live in the time of reformation (9:10), which is the last days or the “end times.”

So we have the first day mentioned: the day Christ once for all entered heaven and the presences of God. The second day is when He will appear a second time. So there was a day in time at the end of the ages when Jesus entered once for all, and there is a day when He will appear a second time. In between these two great days is the last days, the end times, which are our days.

But all this talk about days, and God working in time, is not even close to the main thing. The main thing is God’s work in these days and between them. On the first day, Jesus put an end to all the repeated (therefore incomplete) sacrifices. Instead He appeared in the presence of God on our behalf. This is magnificent! The Greek there literally means He appeared “before God’s face.” Seeing God’s face was such a devastatingly awesome experience that even the angels which flanked God’s presence had to veil their faces (Isa. 6:2). Jesus went before us to do what we will one day do because of the blood which has purified us through and through.

Then He will appear a second day, not to deal with sin but to save those who are eagerly waiting for Him. No more work of atonement will be necessary. When Jesus appears this second time, it will be with one purpose: to transform those who wait on Him so that we become the people God created us to be as citizens of the New Heavens and the New Earth. And that’s the gospel.