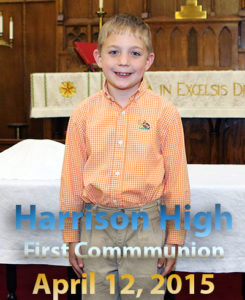 IMPORTANT: SERVICE TIME CHANGE FOR THIS WEEKEND
We will not have a worship service Sunday, April 26, because of the Memorial Marathon completely shutting down the streets several blocks out from the church building. Instead, we will worship this Saturday evening, April 25, at 6:00. There will be nursery available, but we will not have Sunday school this weekend.

Therefore let us leave the elementary doctrine of Christ and go on to maturity, not laying again a foundation of repentance from dead works and of faith toward God, and of instruction about washings, the laying on of hands, the resurrection of the dead, and eternal judgment. And this we will do if God permits. –Hebrews 6:1-3

Some of the hallmark doctrines of many modern Evangelicals expose an anti-intellectual heritage: a second “baptism of the Holy Spirit,” continuing miraculous verbal gifts, the pre-tribulation rapture, entire sanctification, and the whole altar call system. You don’t have to look very hard to find Evangelicals who mistrust educated pastors and feel strongly that uneducated but sincere pastors are far more trustworthy. Plenty of examples could be cited of good reasons for this, but of course the real issue is whether or the Bible has this view.

In the verses just prior to the passage above, the writer has rebuked the original audience strongly for not digging in much further to the meat of the Word. He tells them that they don’t even know the basics. They have not devoted themselves to “constant practice” so that they can be trained (passive) to discern good doctrine from evil doctrine. We might assume what the basics are, but we don’t have to.

In the passage copied in above the writer commands that we leave the “elementary doctrine of Christ and go on to maturity.” Then he names some of those elementary doctrines and essentially says he’s not going to go over them again. I find it a little shocking.

He mentions “repentance from dead works and of faith toward God.” This could, for some readers, refer to the religious practices of paganism (idols and such), but for the original audience it speaks of the continuation of the Jewish temple rituals, which, after Jesus’ work, are weak and useless. Then he mentions washings and the laying on of hands. This double action was, from the earliest times, associated with admission into the Christian community. It started with John the Baptizer and had continued to their day in the baptism of new converts followed by the laying on of hands. This was the sign and means of their sharing in the new common life of the Christian family.

Then he brings up “the resurrection of the dead and eternal judgment.” It might better be translated “the judgment of the coming age.” It has always been a central Christian doctrine that a time will come when God will judge the whole world and usher in the age to come. It is about resurrection to a physical New Heavens and New Earth rather than “the sweet by and by.”

These are the basics? These are the ABC’s of the Christian faith? Frankly I don’t find too many professing believers who know much about these things. How many people do you know who can tell you biblically why we baptize people? How many can speak precisely to what the resurrection is and the new age to come? Could they explain with understanding of how temple practices inform the Christian faith but should be otherwise obsolete forever?

Just hearing that seems pretty hopeless to me. Generally speaking, Christian education and service in worship have been replaced by hyper-emotionalism and “experience times.” This is not going to help anyone “go on to maturity.” But then there is a line at the end of verse 3, “And this we will do if God permits.” Ultimately it’s in God’s hands. His sovereignty is a place of rest for us. That’s the gospel.

Come hear it preached and enacted in the Supper this SATURDAY!