March 15: The Fourth Sunday in Lent 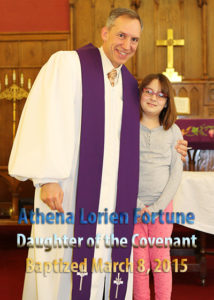 Therefore, while the promise of entering his rest still stands, let us fear lest any of you should seem to have failed to reach it. For good news came to us just as to them, but the message they heard did not benefit them, because they were not united by faith with those who listened. For we who have believed enter that rest, as he has said, “As I swore in my wrath, ‘They shall not enter my rest,'” although his works were finished from the foundation of the world. For he has somewhere spoken of the seventh day in this way: “And God rested on the seventh day from all his works.” And again in this passage he said, “They shall not enter my rest.” Since therefore it remains for some to enter it, and those who formerly received the good news failed to enter because of disobedience, again he appoints a certain day, “Today,” saying through David so long afterward, in the words already quoted, “Today, if you hear his voice, do not harden your hearts.” –Hebrews 4:1-8

Those first century Jewish Christians in Rome were in a very similar situation to the wilderness Jews in Israel. The passage above says that both groups heard the gospel and in both cases some of God’s covenant people heard with faith and others did not. Those who believed entered God’s rest in both situations and those who did not were excluded from the rest. They are parallel peoples.

We too have had the gospel preached to us. Those First Century baptized people have heard the gospel yet are considering returning to the blood of bulls and goats, which could never really take away sins. There is still a “today” and as long as there is a today, there yet remains hope of entering the rest of the New Heavens and the New Earth.

Just as God created all things and then rested, so Christ re-created all things, and then rested (He sat down at the right hand of Majesty). After each, the rest was ongoing. But there is something that is difficult for us to grasp: we are to be diligent about entering that rest. Diligence and rest are not often thought of together, but this is covenantal life—the way God has chosen to relate to his people. The scandal here is that the true diligence was Christ’s accomplishment for us and our diligence is simply to believe it. For the blood of bulls and goats could never really take away sins, but Christ shed his blood for you, putting your sins as far from you as the east is from the west. And that’s the gospel!