February 8: The Fifth Sunday after the Epiphany 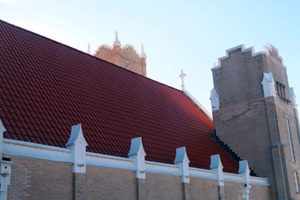 Now it was not to angels that God subjected the world to come, of which we are speaking. It has been testified somewhere, “What is man, that you are mindful of him, or the son of man, that you care for him? You made him for a little while lower than the angels; you have crowned him with glory and honor, putting everything in subjection under his feet.” Now in putting everything in subjection to him, he left nothing outside his control. At present, we do not yet see everything in subjection to him. But we see him who for a little while was made lower than the angels, namely Jesus, crowned with glory and honor because of the suffering of death, so that by the grace of God he might taste death for everyone. –Hebrews 2:5-9

The book of Hebrews is very oriented to the future. The future we’re talking about is not an immaterial heaven, but an inhabited earth. This is the eternal aeon after Christ returns: the New Heavens and New Earth. Continuing with the theme of Christ’s superiority to the angels, the writer now looks to the future, as he says in the passage above, “the world to come.”

In that world the angels will not rule. Looking all the way back to the garden, we see that man was supposed to rule the earth, but of course that was marred terribly by the fall. Yet in the “world to come” we see that all of mankind is considered in Christ. The quotations from Psalm 8 support this. He is saying that the dominion we lost because of our sin is restored in Christ.

Then, near the end of this passage, we find that Christ “tasted death for everyone.” Surely you wouldn’t want to drift away from that! He is glorified as our forerunner. As God equipped him to be our savior, this was done through suffering, crowning him with glory and honor. We live, breathe, move, and come to salvation in order that God’s name in Christ would be raised like a banner for all the world to see. Our salvation is ordered to his glory, just like everything else. And that’s the gospel!